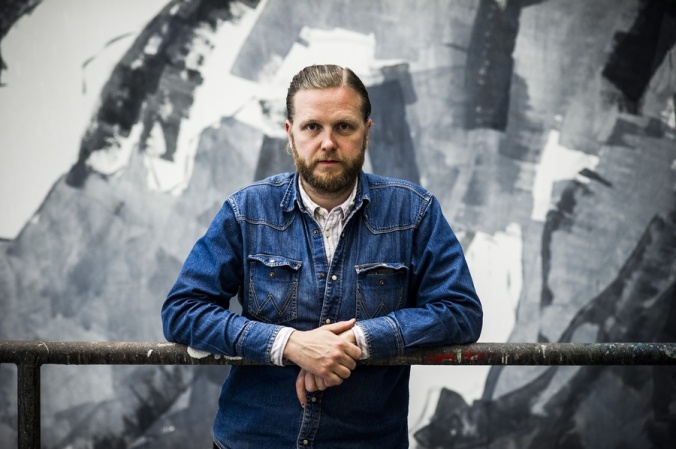 Ragnar Kjartansson was born in 1976 in Reykjavik, Iceland. He is a performance artist, whose mediums reside in music, film, installations, sculptures and paintings. he first started by getting his education at the Royal Academy, Stockhol, Sweden in 2000. He began getting involved with the visual arts, and would later transfer to the Icelandic Academy of the Arts, where he even studied works by Marina Abramovic, Vito Acconci, and Chris Burden. He has performed in many different bands including the electronic-pop/ rock band “Trabant”, and has had numerous accounts of film and performance-filmed art pieces dating back from his graduation. “Me and My Mother” is one such filmed-performance that he has shown every 5 years since his graduation. In this art piece, Ragnar has his mom stand in front of a recording camera and spit on him. 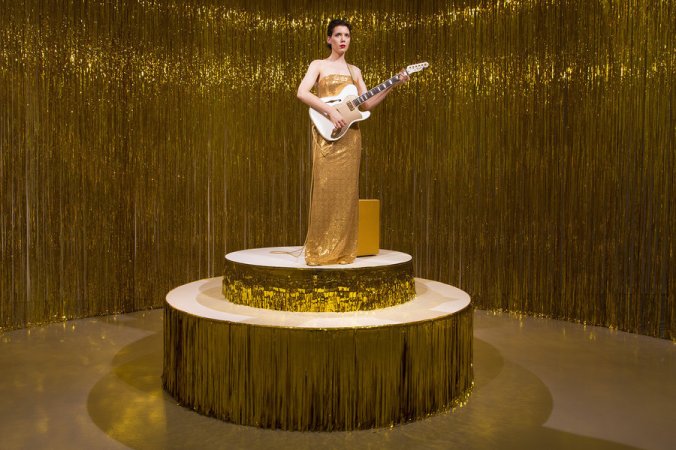 Ragnar Kjartansson is a really cool artist, and goes about making his art in a very simple, yet interesting matter. Above is a filmed performance titled “Women in E” where you see a spinning pedestal, all wrapped in gold fabrics. He also had women all in gold dresses stand on the pedestal and continuously strum the E chord on the guitar. All women were musically skilled and some even played for 3 hours. Just like this piece, many of his art works include using simple actions in a repetitive fashion.

Ragnar Kjartansson is a unique artist where he uses simple actions in a repetitive manner, of which he is able to capture and captivate its audiences. Although there is not a clear story behind his art works, they leave a lasting impression on its audience and provokes an emotional response or change. For example, above is the art installation called “The Visitor”, where he has people playing instruments (including himself, where he is playing a guitar in a bathtub) on all nine of the screens. All of them sing, repetitively, “Once again, I fall into my feminine ways” and has a powerful impact on the emotions displayed by the audience on their initial observation. Some would smile at joy, while others would cry. It was seen as meditative to some, while clamorous to others. 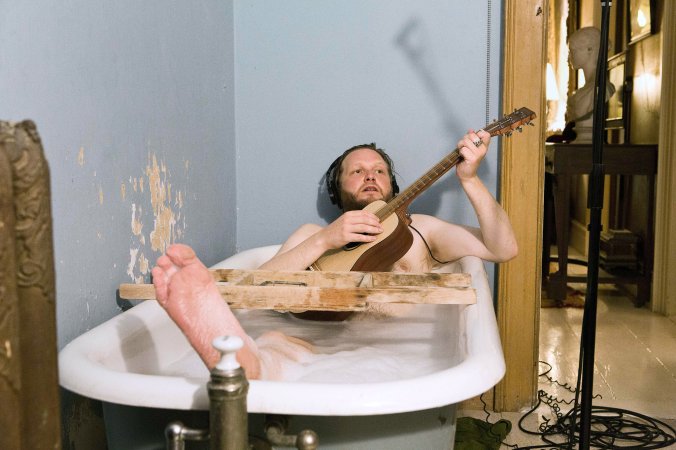 I really liked Ragnar Kjartansson, and more importantly looking at this new kind of art work. The thing that popped up in my mind was that their was a story, or at least some sort of message, that was conveyed in the other artists I studied. For Ragnar, that wasn’t the case. Although their wasn’t a story behind his art work, it was more about the experience of it, of becoming apart of Ragnar’s reality. I would recommend this artist for others because he has become a great contributor to the performance arts world, and provides a new perspective of what art is and how it should be portrayed.